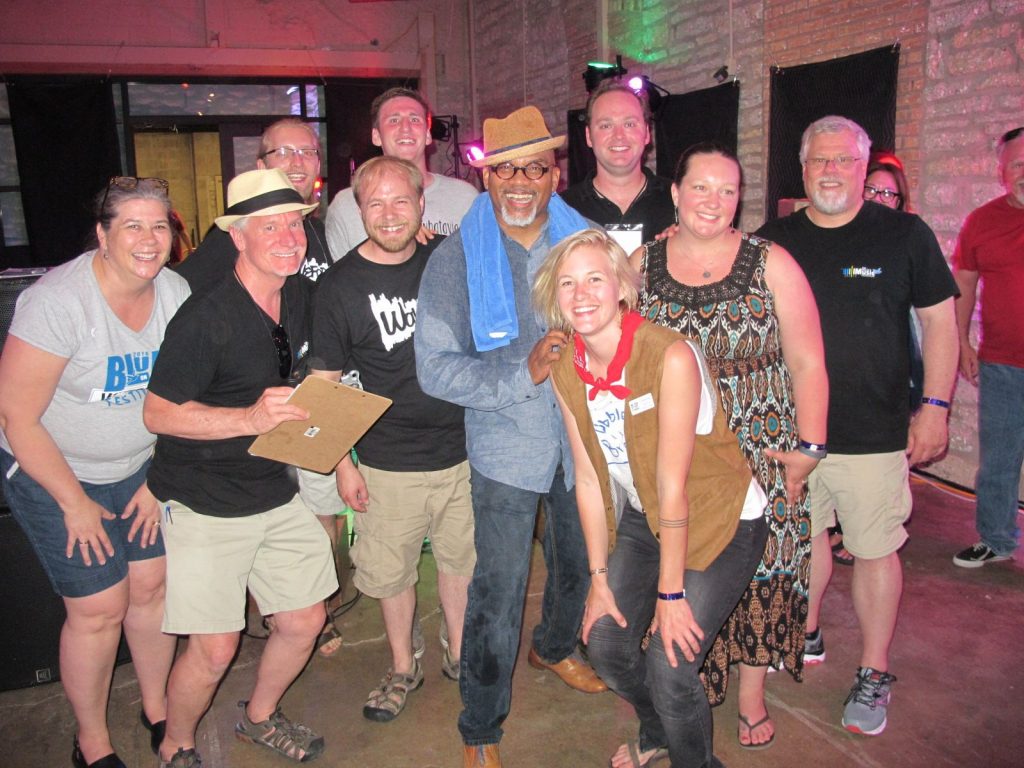 Blues on Water Street was a great success! Special thanks to the Fox Valley Music Foundation and the following sponsors and volunteers:

The Fox Valley Music Foundation, in collaboration with Water Street Studios (Batavia) and Batavia Main Street, created this one-day Blues festival as a kick-off to the Foundation’s Blues Month program promoting and paying homage to the 20th anniversary of the Blues on the Fox festival that took place the following weekend. The inaugural Blues on Water Street event was an inside festival of music that included the friendly confines of the Kiss The Sky record store, Water Street Studios and “the Dock” located at the intersection of First and Water streets in downtown Batavia, Illinois.

The festival took place on Saturday, June 11, 2016, and featured an Acoustic Stage in (Kiss the Sky) and an Electric Stage (in the “Dock”). The schedule of artists was follows, including links to the full performance of four out of the five artists courtesy of BATV (unfortunately, with some overlap between performances, they could not capture Edward David Anderson, who was spectacular and a real hit):

Ticket sales were limited to 300, and we sold out. Food and alcoholic beverages were provided by Gammon Coach House.

The buzz from the event has continued for a full year! Because it was such a great success, we are now planning to do it all over again! Water Street Studios and Batavia Main Street are partnering with us again, and we expect the festival will be even better than last year!

We have a date so mark your calendars for Saturday, June 10, 2017. We will expand the number of tickets to 400, and we fully expect we will sell out, maybe even before the day of the event. The lineup is yet to be announced, and the tickets are not yet available for purchase.

Check back here often for updates or like the Fox Valley Music Foundation Facebook page, or better yet… sign up as a member to be sure that you get the updates.