The Fox Valley Music Foundation is a not-for-profit organization comprised of music lovers, music educators, arts enthusiasts and people who have spent many long hour days and years in this business of music.

The Foundation’s reason for being is to Preserve, Promote, Protect and Present the wonderful music of the Fox Valley area of Illinois while providing Music Education to people of all ages and from all walks of life.

The initial spark for the forming of the foundation was rooted in the annual Blues On The Fox Festival which takes place in downtown Aurora, Illinois during the month of June, providing area music lovers with some of the finest in live Blues on the planet. And, that festival was the baby of the now defunct Fox Valley Blues Society, which was formed by a group of Blues lovers hailing primarily from Aurora, Illinois, who “rediscovered” the fact that some very historic Blues recordings were made in the Sky Club of the Leland Hotel in downtown Aurora back in 1937 and 1938.

Here are 24 randomly selected tracks from those historic sessions, plus one track from a tribute to those recordings that was recorded in 2014 as a part of a two year long project simply titled The Leland Bluebird Sessions which was released in 2016, on compact disc, and in 2017 on 180 gram vinyl. The project was produced by Scott Tipping and the record was released by Sky Club Records in partnership with Waterloo Sunset Records. For more info on the tribute project, go to the appropriate page on this website or head on over to www.skyclubrecords.com.

From 2004 until 2009, the Blues On The Fox Festival was managed by The City of Aurora and a group of volunteers, steeped in their love of the Blues. In 2010, the reins were handed over to the Aurora Civic Center Authority with the Paramount Theatre leading the charge. The volunteer group would remain involved with artist selection and the festival in general, all the while a new performance venue was on the drawing board.

RiverEdge Park, once a seemingly distant dream, became a reality whilst the festival was becoming the premier Blues festival in the Midwest, outgrowing the confines of Galena Boulevard in downtown Aurora. In 2013, Blues On The Fox kicked off the inaugural year for RiverEdge Park with Dr. John and Buddy Guy headlining the weekend event.

As all of this was taking place, the volunteer group that nurtured the festival during the years that it was managed by The City of Aurora’s Special Events Division became less involved in the festival but reinvented itself and became a foundation. And here we are, The Fox Valley Music Foundation.

To preserve is to keep safe from harm or destruction; to keep alive , intact or free from decay; to keep up and reserve for future use. 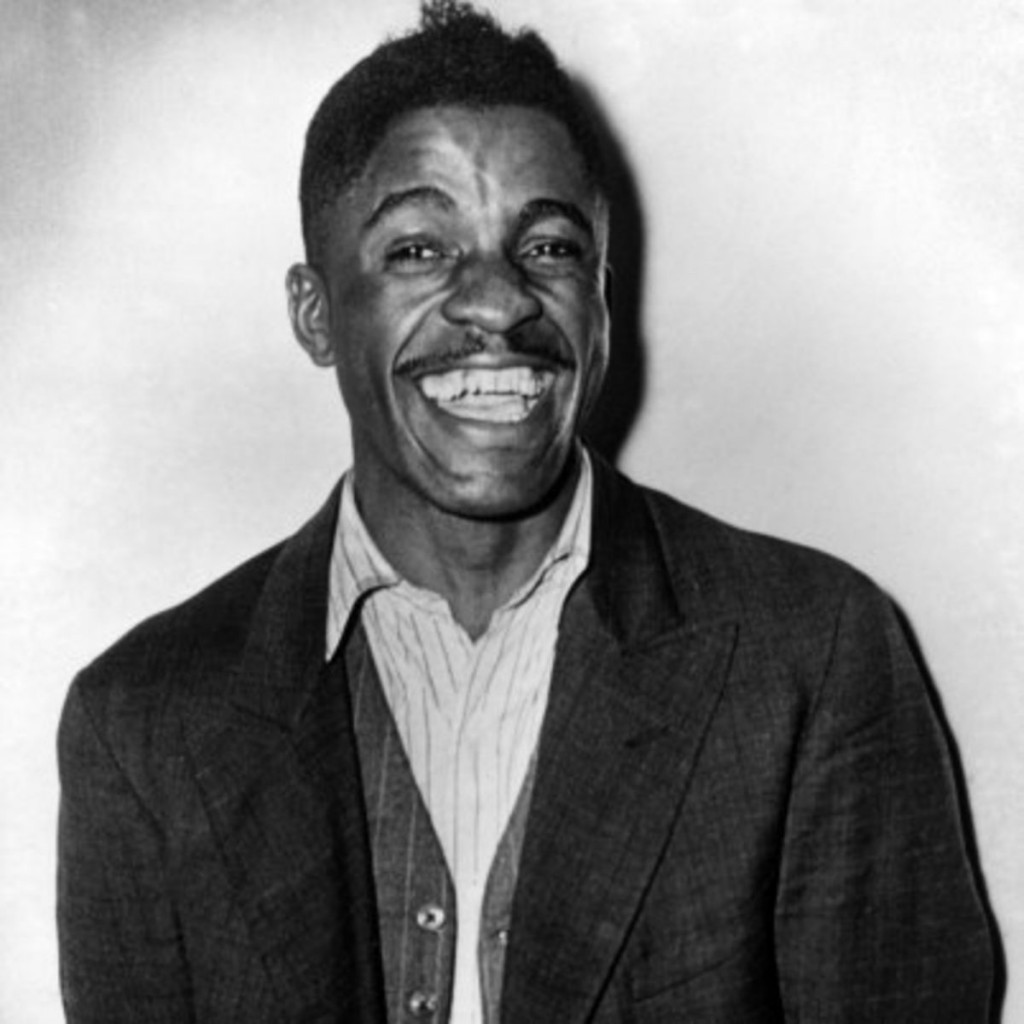 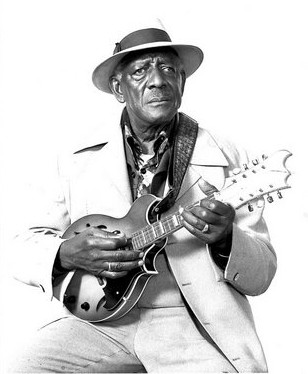 In 1937 and 1938, more than 320 recordings were made in the Sky Club of the Leland Hotel in downtown Aurora for Victor’s Bluebird record label. The sessions were “produced” by Lester Melrose. The cream of the crop in terms of Chicago and St. Louis Blues artists took part in the sessions that occurred over a period of 20 months. 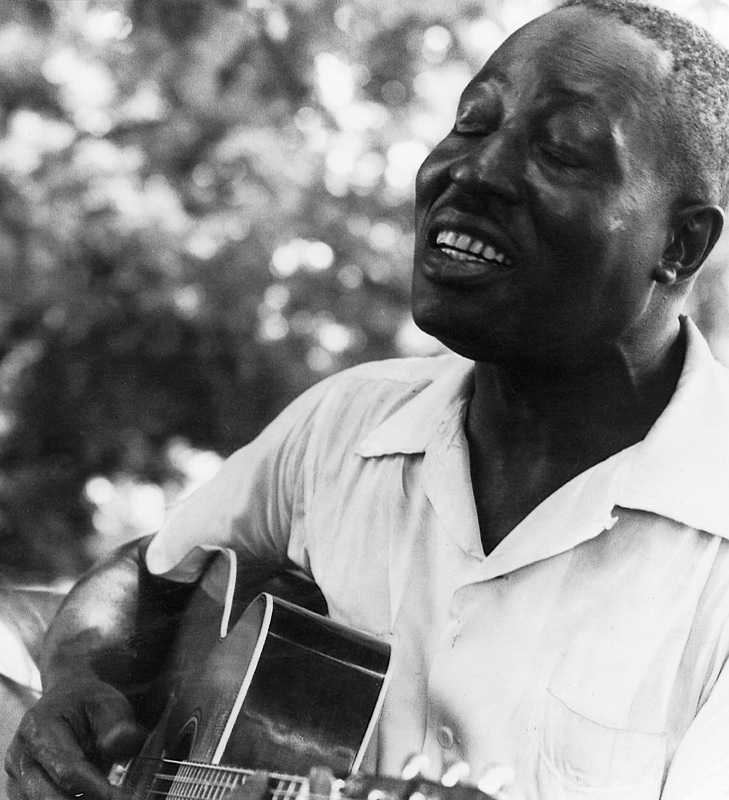 The rediscovery of those recordings by a group of Auroran Blues lovers lead to the founding of the Fox Valley Blues Society and the creation of the Blues on the Fox festival that takes place in Aurora every June. That festival brought together a group of music lovers who, for many years, worked together organizing and running the festival itself.

After the City of Aurora decided to pull back from their involvement in the festival and hand it over to the Paramount Theater group, that group of music lovers decided that they wanted to continue to work together in the promotion of live music and formed the Fox Valley Music Foundation.

The Foundation is a 501(c)(3) certified not for profit organization and was formed in November of 2014.  The Foundation’s purpose is to Preserve, Protect, Promote and Educate. Their sphere of influence is the Fox River Valley area of Illinois.

Preservation is accomplished in many ways and is woven within the fabric of everything that the Foundation does. Recording projects, seminars and educational projects are but a view of the vehicles used to help preserve the existence of music indigenous to the Valley. Knowledge and awareness of the past and present are powerful tools in forging the future.

If you are interested in getting involved and partaking in our journey, consider becoming a Foundation Member or simply Donate to the cause or volunteer and/or attend one of our many events.

To promote is to provide aid, to assist, to advocate futherance and to foster or boost a cause towards an aim.

The Fox Valley Music Foundation is entrenched in the furthering of local area music awareness. We promote music related events. We advise and we advertise and we provide opportunities for aspiring musicians to market their music, learn their craft and to share their music with others of a like mind or a common interest.

Before the Foundation was established, we were a part of a group of people who organized, managed and operated the Blues on the Fox festival. Our board’s Vice Chairperson was responsible for running the City of Aurora’s Office of Special Events, which in turn, was responsible for the Downtown Alive music program and Blues on the Fox, both of which have become the core of what currently takes place at RiverEdge Park, Aurora’s relatively new downtown outdoor music venue and park. We refer to RiverEdge, quite lovingly, as “the park that Gina built.”

Since our birth, we have developed, organized, managed, operated and promoted the Songwriter Workshop and Performance program, several Leland Bluebird Recording seminars, a downtown Aurora Blues Month program, and have collaborated with Batavia MainStreet and Water Street Studios in the creation of the Blues & Roots on Water Street festival.

To protect is to cover or shield from exposure, injury, damage or destruction … to maintain the status or integrity of.

To that end, the Foundation shall endeavor to assist local musicians in the development of sound archival and intellectual property management of their music through advice and counsel and education. The Foundation’s Board of Directors, and volunteer group, is comprised of individuals with legal expertise and knowledge, and who have experience in this business of music.

In addition, we are involved in the preservation of music history, documentation, recordings and performances, employing modern and sound archival methods, so that it is housed for future generations to learn from and enjoy.

Not only is the protection afforded the physical product of the Fox Valley’s music, but the music is preserved and promoted in a manner in which it’s legacy and integrity is kept intact and known beyond those that would be intimate with its existence.

Protection results in Preservation which results in Future Availability and the Creation of History.

All along, the Fox Valley Music Foundation had an eye on getting back into the arena of live music presentation. In the fall of 2017, serious discussions began to take place with the City of Aurora regarding the redevelopment of a building located in the heart of Downtown Aurora.

In November of that same year, the Foundation entered into a Redevelopment Agreement with the City and took possession of an old Woolworth building located at 21 South Broadway and then embarked upon an 18 month long project to establish a home for the Foundation and a live music performance and special event space aptly called The Venue.

On June 1 of 2019, The Venue celebrated its Grand Opening with performances by local fav Noah Gabriel, Chicago based up and comer Nicole Amine, Frankfort based The Grateful String Band, and a rising international Blues star in Toronzo Cannon.

Since the opening, The Venue has staged over 100 live music performances by a variety of local, regional and international artists representing a myriad of genres, and continues to expand its offerings and showcases.

For more information on The Venue, head over to its website at www.themusicvenue.org.

In our minds, “education” has two essential components:  to learn as much as we can, ourselves, about the music of our region; and to share that knowledge and passion with others.  The good news and the bad news about the Fox Valley is that we are so close in proximity to Chicago.  That makes it possible for us to sample a wealth of diverse cultural offerings by traveling 35 miles to the east, but it can also cause us to neglect the gold that can be mined in our own backyard.  The Foundation is striving to unearth our home-grown musical gold, and to engage others in the acts of research, nurturing, and delight.

We have devoted efforts over the past couple of years to several components of education.  We have posted essays about a variety of topics related to the region’s musical history, enlisting a small group of people who are willing to dig in and sift through sources to find the gems.  We have used grant funds from the National Endowment for the Arts (NEA) to produce singer/songwriter workshops, showcasing local musicians who have generously shared nuggets regarding their creative processes.  NEA funds were also used to present interactive programs for young children about guitars and harmonicas at Culture Stock, an Aurora non-profit bookstore.

We plan to use additional grant funds from the Kane County Grand Victoria Riverboat program to purchase equipment for our Living Music History project whereby we will videotape interviews with individuals who have made music possible in our region, or who have made a significant personal contribution to the music world.  These interviews will be made available at no cost via the internet to anyone who desires to watch and listen.  We will forge partnerships with music and social science educators to share this “gold” with their students, ultimately igniting a flash of curiosity and sparking further research into this important aspect of our cultural heritage.